Pre-diabetic or insulin resistant? What does that mean? 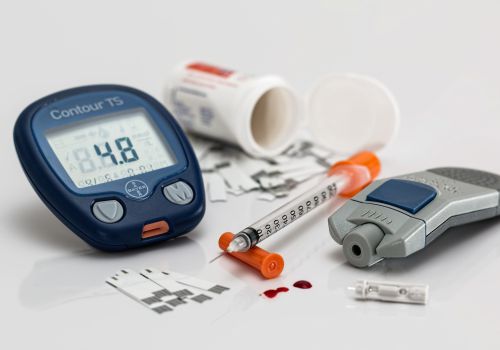 These terms are often thrown around together and can lead to a bit of confusion. When are you insulin resistant? Or are you pre-diabetic? And how serious is this and can it be turned around?

Let’s see if we can get some clarity.

So essentially, being insulin resistant leads to pre-diabetes, and then diabetes.

When you are insulin resistant, the cells in your muscles, body fat and liver start resisting or ignoring the signal that the hormone insulin is trying to send out, which is to grab glucose out of the bloodstream and put it into our cells. Insulin, a hormone that the pancreas makes, allows cells to absorb and use glucose. In people with insulin resistance, the cells are unable to use insulin effectively.

So when the cells are unable to use and absorb glucose effectively, this sugar builds up in the blood. When the sugar or glucose level starts building up to higher than usual, but not high enough to be Diabetes, doctors refer to it as pre-diabetes.

How do you develop Insulin resistance?

How does Insulin resistance develop into diabetes?

As insulin resistance develops, your body fights back by producing more insulin. Over months and years, the beta cells in your pancreas that are working so hard to make insulin get worn out and can no longer keep pace with the demand for more and more insulin. Then, sometimes years after insulin resistance began, your blood sugar may begin to rise and you may develop prediabetes or type 2 diabetes. You may also develop non-alcoholic fatty liver disease (NAFLD), a growing problem associated with insulin resistance that boosts your risk for liver damage and heart disease.

What are the warning signs of Insulin Resistance?

– In addition to a large waist, if you have three or more of the following, you likely have metabolic syndrome, which creates insulin resistance.

-High triglycerides. Levels of 150 or higher, or taking medication to treat high levels of these blood fats.

– Dark skin patches. If insulin resistance is severe, you may have visible skin changes. These include patches of darkened skin on the back of your neck or on your elbows, knees, knuckles or armpits.

What are the threats posed by insulin resistance?

Heart and stroke risk: Years of high insulin levels followed by an onslaught of cell-damaging high blood sugar, leads people with insulin resistance, prediabetes and type 2 diabetes to be at high risk for cardiovascular disease. Insulin resistance doubles your risk for heart attack and stroke, and triples the odds that your heart attack or ‘brain attack’ will be deadly.

Cancer risk: Meanwhile, insulin resistance and metabolic syndrome are also linked with higher risk for cancers of the bladder, breast, colon, cervix, pancreas, prostate and uterus. High insulin levels early in insulin resistance seem to fuel the growth of tumors and to suppress the body’s ability to protect itself by killing off malignant cells.

Severe COVID-19 risk: Recent studies also indicate that people with diabetes appear to be at an increased risk of having more severe Covid-19 infections.

How Can You Prevent or Reverse Insulin Resistance?

Losing weight, getting regular exercise and not skimping on sleep can all help improve your insulin sensitivity. Strangely enough getting enough sleep is a big factor. Researchers found that just one night of sleep deprivation worsened insulin resistance as much as eating high-fat foods for six months.

Reducing carbohydrate intake has also been shown to reduce Insulin resistance as it reduced the amount of insulin circulating in the body.

You can help reduce your risk of Insulin resistance and type 2 diabetes by understanding your risk and making changes to your lifestyle. Changing the habits of a lifetime isn’t easy, but it’s worth the effort.