Is your Bra a potential Health Hazard? 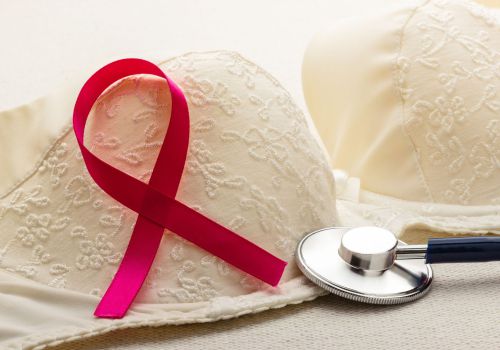 Did you know that wearing a bra could possibly increase your risk of Breast Cancer?

While this issue is still under fierce debate, there seems to be enough studies that make a strong case that this could be true- enough anyway for us to take note!

Most women wear a bra. Some because society expects it; and some for the support and lift it provides. Also, in the West, there seems to be nothing worse than seeing an outline of a nipple, so we cover up. The discomfort bras can cause doesn’t interest society that much. Many women can’t wait to undo their bras and feel free when they are at home. So hearing that not wearing a bra can actually be beneficial for your health could be good news for some!  However, things are not that straightforward. There are two camps: one links tight bras with breast cancer, and the other rejects this claim as utter nonsense.

Free the breast! The anti-bra camp’s main argument is: that a tight-fitting bra can cut off your lymph circulation. This prevents the toxins from being drained to the lymph nodes. In this way, toxic chemicals (i.e. aluminum from antiperspirants) get trapped in your breasts and can contribute to the development of breast cancer. Dr. Mercola, one of the supporters of this theory, explains that under-wire bras are the worst. These bras have a metal wire coated in plastic, which is constantly stimulating and triggering tissue under the bra. There are two important neuro-lymphatic reflex points beneath your breasts – one corresponding to your liver and gallbladder, and one leading to your stomach. If these points get constantly stimulated, they eventually stop responding to stimulation and become desensitized. This greatly disturbs the flow in the circuits leading to the liver, gallbladder and stomach. Bras can also contribute to the formation of benign lumps. If there is on-going pressure, the tissue responds with an inflammation. A recurrent inflammation can cause scaring and duct obstruction, and lead to the formation of non-malignant lumps.
In a book called Dressed to Kill, it’s authors, Sydney Singer and Soma Grismaijer, conducted a study of over 4,000 women, and found that women who do not wear bras have a much lower risk of breast cancer. The risk increases if you wear a bra for long periods of time, for example 24 hours a day. According to their study, the link between wearing a bra and cancer is three times greater than the link between smoking and cancer!

Keep them confined! The pro-bra camp claim that bras (even compression bras) can’t disturb the circulation of blood and lymph. American Cancer Society says that the description provided by the anti-bra supporters is inconsistent with scientific concepts of breast physiology and pathology. The Cancer Research UK joins in with an argument that in order to affect your lymphatic system, you would need to wear an unbearably tight and painful bra. What’s more, applying pressure to an area of the body does not make normal cells become cancerous. The American Cancer Society concludes: We do not know of any epidemiologic studies published in scientific journals that suggest bras directly contribute to breast cancer risk.

The anti-bra group admits that there is a lack of controlled-studies, but they found one study, published in 1991 in the European Journal of Cancer. That study claimed that pre-menopausal women who did not wear bras had half the risk of breast cancer compared with bra users. Also, there has been a Japanese study, which found that wearing a bra lowers your levels of melatonin. The hormone melatonin is anti-cancerous, and there is a link between the hormone and breast cancer prevention. Several other studies support the risk of wearing bras (see some below).

It is difficult to make a decision on whether or not to ditch the bra based on these conflicting ideas.

However, if there is even a small chance it does contribute to breast cancer risk- should we not take note?

What both groups agree on is that you should wear a properly fitted bra. An ill-fitted bra can cause pain and discomfort. Also, some women can be allergic to the metal in a wired bra (replace the metal wire with a plastic one, or opt for a wireless bra).

One thing is certain, breast cancer pre-dates bras. It is has been known since the ancient times, and bras only emerged in the late 19th century. So of course there are other factors to consider. Proper nutrition, a healthy weight and regular exercise are all very important. Increase in estrogen levels also plays an important part, so watch your medication, food and drink. And sometimes there are genetic and other unexplained factors that we have little control over.

So it is up to you!  It definitely feels liberating to be without and wearing a bra is not a necessity. But will not wearing it help prevent cancer? Well, that question remains unanswered. If nothing else, get your bra professionally fitted, and allow for lots of ‘hanging free’ time!

1991 Harvard study (CC Hsieh, D Trichopoulos (1991). Breast size, handedness and breast cancer risk. European Journal of Cancer and Clinical Oncology 27(2):131-135.). This study found that, “Premenopausal women who do not wear bras had half the risk of breast cancer compared with bra users…”
1991-93 U.S. Bra and Breast Cancer Study by Singer and Grismaijer, published in Dressed To Kill: The Link Between Breast Cancer and Bras (Avery/Penguin Putnam, 1995; ISCD Press, 2005). Found that bra-free women have about the same incidence of breast cancer as men. 24/7 bra wearing increases incidence over 100 times that of a bra-free woman.
Singer and Grismaijer did a follow-up study in Fiji, published in Get It Off! (ISCD Press, 2000). Found 24 case histories of breast cancer in a culture where half the women are bra-free. The women getting breast cancer were all wearing bras. Given women with the same genetics and diet and living in the same village, the ones getting breast disease were the ones wearing bras for work.
A 2009 Chinese study (Zhang AQ, Xia JH, Wang Q, Li WP, Xu J, Chen ZY, Yang JM (2009).[Risk factors of breast cancer in women in Guangdong and the countermeasures].In Chinese.Nan Fang Yi Ke Da XueXueBao. 2009 Jul;29(7):1451-3.) found that NOT sleeping in a bra was protective against breast cancer, lowering the risk 60%.
A 2011 a study was published, in Spanish, confirming that bras are causing breast disease and cancer. http://www.portalesmedicos.com/publicaciones/articles/3691/1/Patologias-mamarias-generadas-por-el-uso-sostenido-y-seleccion-incorrecta-del-brassier-en-pacientes-que-acuden-a-la-consulta-de-mastologia- It found that underwired and push-up bras are the most harmful, but any bra that leaves red marks or indentations may cause disease.

A recent Scottish study implicated tight bras and deodorants and anti-perspirants in the increased incidence of breast cancer in the upper outer quadrant of the breast. http://www.scotsman.com/news/health/bras-linked-to-rise-in-breast-cancer-1-3422526

STUDIES THAT REFUTE THE BRA/CANCER LINK: